Is Singapore Ready For A 4-Day Work Week?

Is Singapore Ready For A 4-Day Work Week?

For all Singapore’s many competitive advantages, the country doesn’t seem to have a stellar reputation for having a good work culture. International surveys tend to rank Singapore's workforce as among the most stressed, most overworked and the least happy. It's almost become such an embedded part of our psyche that we regard any positive change to work culture here with deep suspicion.

And that brings us to the latest bit of news for employees in Singapore to think enviously of: Britain's trial of a four-day work week. From June 13, some 3,300 employees from across 70 companies in Britain started working 4 days a week. This experiment, billed as the largest trial of its kind in the world, is due to last for six months.

Is it time for us to change the way we organize our work and cut the work week down to just 4 days? But, what would happen to Singapore’s competitive edge in the world market? On #PrimeTime, Bharati Jagdish and Timothy Go spoke to Andrew Barnes, Founder, 4Day Week Global to understand the feasibility, benefits and the necessity of the implementation of a 4-day work week.

Bharati Jagdish: Let's talk about the implications of changing the work week. The UK is the latest to join with Iceland, Spain, and Belgium looking at a 4-day work week and trying it out. What has it been like so far for these participating companies based on what I've seen? Some of the reviews have been quite mixed.

Andrew Barnes: It's too early to tell anything yet. The UK has only really just started a few weeks ago so it’s too early to evaluate the data coming out of that trial. However, we’re also running a trial in the United States and Canada, where preliminary data shows productivity is on an exponential growth, while health, stress levels and the work life balance of employees goes up materially. There's a lot of criticism arising from the concept of a 4-day work week from people who aren’t trying them out - rather than from business leaders or employees who actually feel strongly positive about the new measures.

Timothy Go: So Andrew, what are the other benefits, though? We’re seeing higher productivity, a better work-life balance which means happier employees. What else can we look forward to when a 4-day work week is implemented throughout the ecosystem?

Andrew: When you implement a 20% reduction of working hours, what you get is better productivity and a better work-life balance for employees. As a business owner, you gain in the form of sick days being halved and an increase in people wanting to join your company. In this era of the ‘Great Resignation’ and businesses are increasingly unable to attract and retain high quality staff, companies that adopt this are seeing over 200% increase in the number of applications that they’re receiving.

Globally, about 80% of employees state they want reduced working hours so adopting a 4-day work week is very much playing to the Zeitgeist among employees today, where people want to rebalance both their work and home life.

Bharati: How does a 4-day work week help with the gender pay balance?

Andrew: Women who leave the workforce to have children, and subsequently come back to their jobs, have to balance between the home and the workplace. Hence, they’re forced to accept a reduced pay for lesser working hours. Male workers can work the full 5 days, which consequently widens the gender pay gap.

Instead, a 4-day work week system evaluates productivity based on what the employees are getting done, rather than on raw time spent at the workplace. We found that our returning mothers were often the most productive people in the organisation with better time management skills. Why should we be paying them less when they’re producing the same amount?

This not only rebalances the gender pay gap but also enables male executives to have time to help out around the house and spend time with their families. Hence, familial responsibilities at home start to be rebalanced more evenly between the genders.

Bharati: Critics are talking about how compressed hours can decrease productivity instead as you're expected to still work for 40 hours but just across 4 days. Wouldn't that stress workers out and reduce their productivity?

Andrew: That's exactly why we don't recommend compressing 40 hours across 4 days. We’re bent on a ‘100% pay, 80% time provided, 100% productivity’ mindset. The key assumption is that employees are productive for every minute of the week day, but in actual fact they are not. A global survey indicates that it’s only about 3, maybe 4 hours a day of true productivity - due to interruptions, pressures at home, attending too many meetings etc.

To illustrate, Microsoft reduced the frequency, duration and the number of people in meetings, which boasted a 39.9% improvement in productivity. By eliminating time-wasting activities, productivity goes up even though time spent at work goes down.

Timothy: Being quite notorious for long working hours, how can Asia improve the culture of overworking? You have the 9-9-6 phenomenon in China and Japan is similarly well known for working you till the wee hours. How do we get out of this direction that we’re in?

Andrew: Firstly, it's not as bleak as it may appear to be.

Japan has already passed legislation to reduce working hours because there is a recognition of the long working hours. Companies like Microsoft & Panasonic, for example, are doing a 4-day work week and I think, about 6% of Japanese companies are adopting some form of reduced hours working.

Looking across Asia, surveys are all indicating the same preferences for lower working hours as well, regardless of culture or country. We think that there’s enough demand currently for a 4-day work week here in Asia and we’re expecting that will get quite a lot of applicants for local companies here.

Bharati: Give us an idea of how companies in Singapore are responding to the prospect of a 4-day work week. For the ones who resist, what’re their main reasons for not wanting to try this out?

Andrew: For the more progressive companies, we do see some of them are in the works of adopting it. Especially in the creative and tech industries, it is affirmed that staying fresh and being well-rested are important elements to produce maximum output.

The biggest problem in traditional industries is when people turn around and shut the idea down - especially in the retail, hospitality and manufacturing sectors. I do think this is attributed to lazy leaders proclaiming that everything’s okay currently. But with today’s ‘Great Resignation’, where the attraction and retention of talent is a problem, we witness countries going ‘How do we solve this problem? How do we attract people to move to our country and work?’. Countries are starting to become more competitive around the world, so I know that this is going to be a trend that Asia is going to have to deal with, because other countries are going to poach younger talents by attracting them with a better work-life balance.

Listen to the full podcast on Awedio: SPH's free digital audio streaming service, as Andrew shared more about the movement. 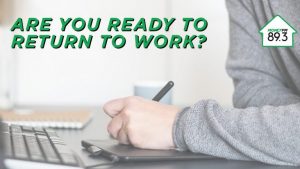 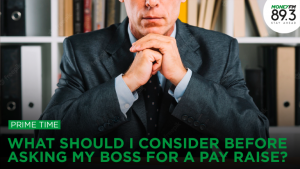 How Long Do You Think The Hybrid Workplace Will Last? 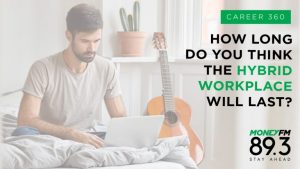 Powering Your Property: Reimagining The Future of Work
Download the podcast.

How Are Companies Investing In The Future Of Office Space?