As part of ‘circuit breaker’ measures introduced by the government until June 1, the majority of workers in Singapore have had to adapt to working from home. 15% of the country’s resident workforce which numbers 3.5 million at the end of last year, still commute to work daily. It appears that 75% of employees are in no hurry to return to the office. According to a survey done by Michael Page Singapore, 4 in 5 employees in Singapore are happy with remote work.

On Prime Time, we speak to Nilay Khandelwal, Managing Director at Michael Page Singapore, as he shares more about these findings.

Howie Lim: Why do employees prefer to work from home?

Nilay Khandelwal: I think initially, working from home is quite troublesome, [not being with your usual office set up]. Then it went through a phase where you actually like it, but now there is an itch to go back to the office. It depends on the employees we are talking about. Being a parent, it is not straightforward when you have home based learning going on and for [employees who are single], that’s slightly different. One of the biggest things I’ve seen is the satisfaction - that is a remarkable change from some of the [previous] crises in Singapore.

HL: So why do you think employees prefer to work from home?

NK: Singapore has one of the better infrastructure setups for businesses which [allow employees to work from home, giving them some flexibility as well]. The support behind the infrastructure made it quite easy for employees. What was interesting is that 1 out 2 employees build stronger relationships with their colleagues. I think the digital element behind working from home has gone far and beyond. Including myself, some of us don’t really use these platforms (eg. video calls) as much as we should. Looking at some of the things they do to keep it fun and engaging such as changing their background in their video calls, introducing their pets or kids - it shows that they are enjoying working from home.

HL: Were there reports of lower productivity levels? Can we then question the effectiveness of working from home?

NK: There is no doubt that productivity levels have been hit because of the amount of work that is happening externally. Singaporeans are definitely more efficient, in terms of how we have reacted and adapted to the news along the way. What we were doing in the first 2 weeks of April isn’t the same as what we did in the second half of the month. Even after extending the ‘circuit breaker’ measures for another month, though it is a bit of a shock, people seem to have taken the news well. Singaporeans are accepting the fact that the new style of working will be different for some time and even if the measures are lifted, there is a possibility that things may never be the same anymore.

HL: Are companies willing to embrace this new change? Can this be sustained?

NK: There are organisations that are already very heavy on this. But it is definitely making some of the SMEs think a lot harder about some of these elements. The digitisation projects have taken a sharp turn in terms of execution which sometimes have taken time in the past because business was doing fairly well, so why change it. Now, if you don’t [switch to digital], you’re in trouble. I believe in the way that we manage this pandemic globally. I think dynamic working will shift towards this, which is flexible in nature, you don’t necessarily need to be in the office. It’s hard to gauge the productivity levels as of now but [employees are very efficient, which is good].

Listen to the full podcast:

For more, tune in to Prime Time with Howie Lim, Bernard Lim & Finance Presenter JP Ong every weekday from 4PM to 7PM. 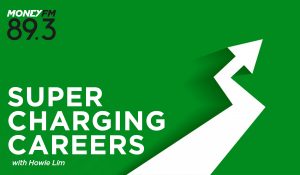 Speciality Segment: Supercharging Careers
Get tips from leading recruitment firm PeopleSearch on how to write the perfect resume, ace that interview, and increase your chances of getting a job even in this uncertain economy.