Starting a new F&B business amidst a pandemic is no easy feat. But with perseverance and an immense love for Bomboloni, Genevieve Lee was able to start a home business, pioneer a sourdough version of the Italian doughnuts, and open a physical store with a larger production kitchen.

On Saturday Mornings, Glenn van Zutphen and award-winning author Neil Humphreys spoke to Genevieve Lee, Co-Founder, Sour Bombe Artisanal Bakery to find out more about her entrepreneurial journey, experience as the runner-up of MasterChef Singapore’s first season, and the secrets behind her doughnuts.

Neil Humphreys: How did you come up with the idea [of starting your own artisanal bakery]?

Genevieve Lee: Initially, we were a social media-based business that was established during the Covid-19 [period]. When Covid-19 started two years back, I was mostly just baking for friends. One of those friends, who is my co-founder now, was a bit of an entrepreneur himself, asked if I would like to start a business with him. I agreed, with the condition that we would not kill each other by the end of it all.

To put it simply, we started as a home business that used social media platforms, like Instagram, to build our brand [name]. Our business eventually became a big hit as people were scrolling through their phones more during the Covid-19 period. It was also then that we realised we were unable to sustain the output from within my own home. Hence, we made the decision to get a space and here I am [speaking to you] in a small corner of my bakery.

Glenn van Zutphen: Do you specialise in a particular item or style of baking?

Genevieve: Sourbombe, in our brand name, is essentially a mashup of two words. Sourdough and Bomboloni – which are Italian-stuffed doughnuts. I really love the custards inside the doughnuts, and they were my favourite snacks when I visited Italy. And with all that, I wanted to do my own rendition of the doughnuts. Since I was a baker – who worked with sourdough [as a key ingredient] a lot – coupled with the fact that sourdough doughnuts were not on the market at that time, I decided to create them and they soon became a hit.

Neil: The concept of baking is not as common as other aspects of cooking, at least not until recently. So, what is your story and how did you get into baking?

Genevieve: I started baking when I was very young, and I believe that could be attributed to my family background. My dad has a chicken rice stall, my mum loves baking and I spent most of my time cooking and baking with them. I had an oven when I was in primary school and it was then that I made my first batch of cupcakes and muffins. As my parents were really supportive of my passion and interest, they would always get new equipment such as cupcake tins whenever I needed them.

I was also professionally trained as a hot-kitchen chef but was never really happy working in a hot kitchen as it [the environment] was stressful. I would always bake once I was back home and it soon became a form of escapism for me, to break out of the hectic [kitchen] life. So I thought to myself, why not make a business out of baking? Now that I have built a business out of it, I can say [for sure], that I feel calmer in a bakery than in a hot kitchen.

Neil: What advice would you give to someone contemplating on starting a business?

Genevieve: My advice would be to not rush into things. As much as you really wish to start a business or be your own boss, always start small. So, what we did was we operated as a home business for a full year first. My family, close friends, and I ran everything from my home. It was very tiring as I could not hire new people or outsource my products. But I held on to the situation as I wanted to make sure that the business was going to succeed before I opened the brick and mortar store.

Some people might open their home business for a month, notice the good reviews, and open a store soon after. But that would be too hasty as everything is always rosy at the start. People will want to try your products [in the beginning] so you would have to wait a while before you get to see what your business is actually like.

Glenn: What was it like to be the runner-up on MasterChef Singapore? Was it nerve-racking being on TV and having to cook in front of people?

Genevieve: It was one of the biggest moments in my life. I am really happy that I was brave enough to have appeared on the show. When I was in it, everyday presented an obstacle that I had to cross and I never imagined myself making it to the top 10. As the other contestants were much older than me and had more experience, I figured I would be one of the first few to be eliminated. But after a while, with plenty of perseverance, I made it to the finals. And at that point, I did not even care if I was going to win, I was just happy to be there and be a part of such a big show.

Listen to the full podcast on Awedio: SPH's free digital audio streaming service, to find out more about the different types of artisanal doughnuts available at Genevieve’s bakery and how she was able to open her store amidst the pandemic.

For more, tune in to Glenn van Zutphen on Saturday Mornings, with Neil Humphreys, from 9AM to 12PM.
#SaturdayMornings 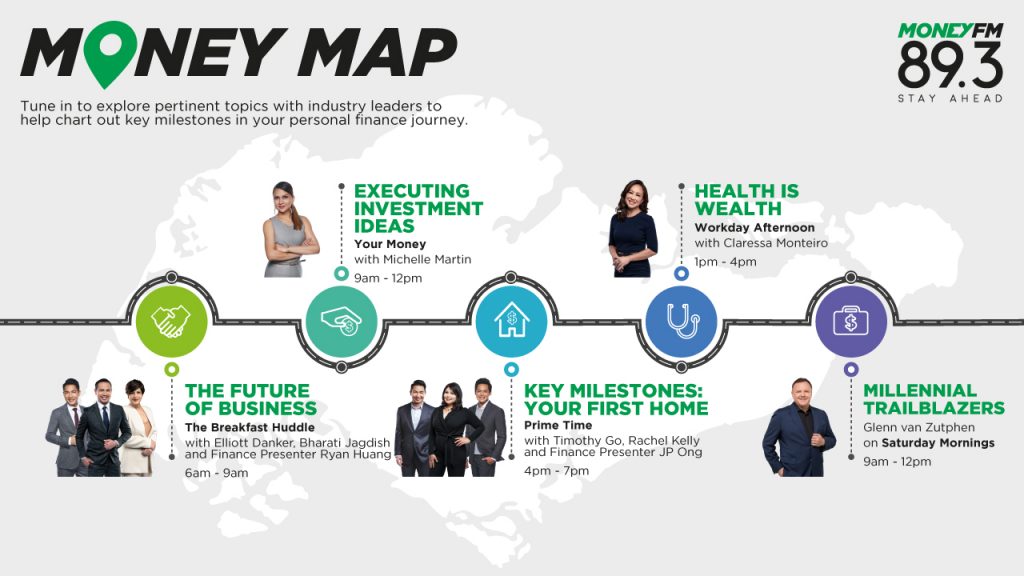 Read
Leaving Behind A Job To Travel The World 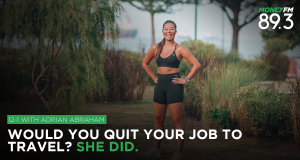 Leaving A Job For Passion: IT Industry To Microbrewery 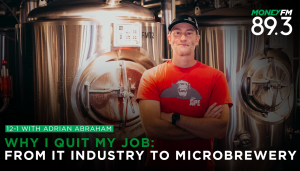 Listen
Weekends: Millennials on a mission to future-proof against retrenchment

Watch
Thinking Ahead For A Business