Prostate Cancer: What You Need To Know

Prostate Cancer: What You Need To Know 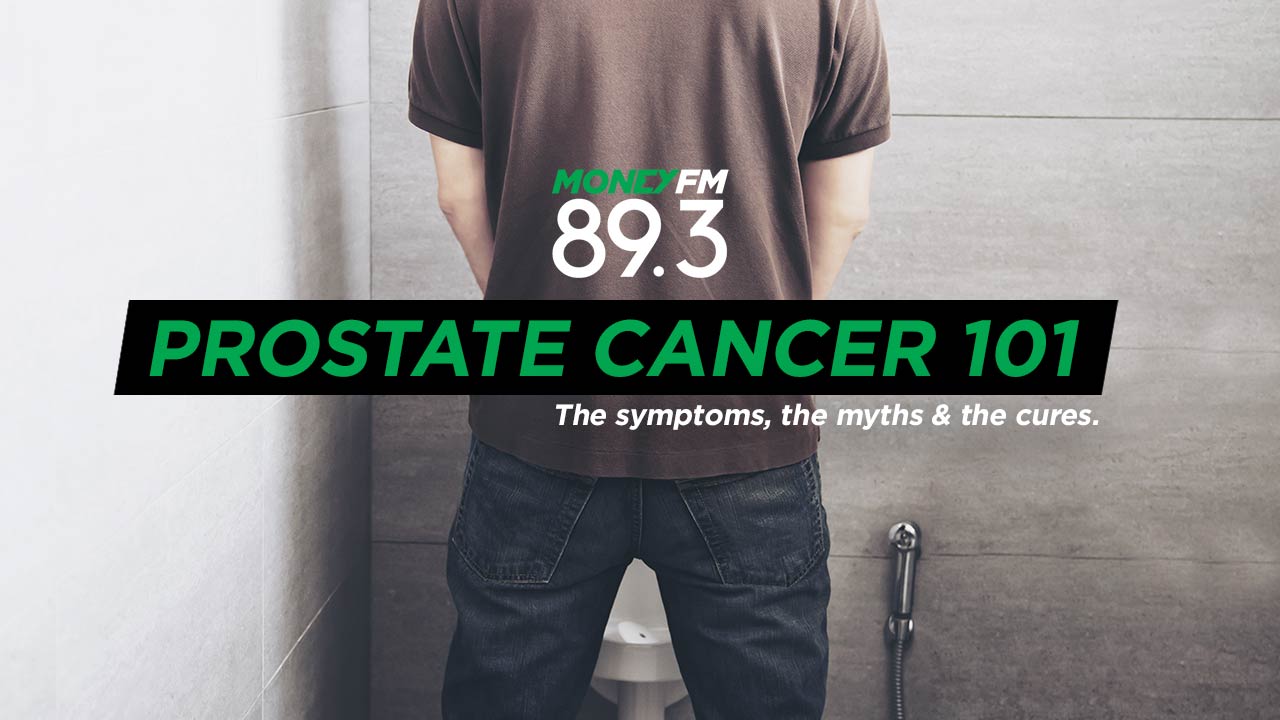 Prostate cancer is the 3rd most prevalent cancer affecting men in Singapore. As with many illnesses, there are myths and suspicions about the causes and treatments associated with it. MONEY FM 89.3 spoke to Dr Daniel Tan at Concorde's International Hospital to debunk some of the common myths about prostate cancer, symptoms to lookout for and the latest medical advancements.

CM: What is the current state of the prostate cancer situation? Is it on the rise?

Dr: Prostate cancer is the third most common cancer in Singaporean men, after colorectal cancer and lung cancer.

The rise is not attributed to the [increasing number of men diagnosed with prostate cancer] only. The wider practice of screening has allowed us to [identify more men who are in danger]. So yes, I believe that [prostate cancer] is on the rise and we [are now able to detect it] earlier and more frequently. Out of seven male cancer [patients], one of them is [diagnosed with] prostate cancer.

CM: What are the challenges of diagnosing prostate cancer because men don’t [get it checked specifically]?

Dr: Early stages of prostate cancer is silent, but with the advent of health screening, [it allows us to detect earlier and investigate further]. So, [even though] men may not come in specifically for prostate cancer symptoms, along the course of [a more generic] screening, we might stumble upon the diagnosis.

CM: What could be the reason(s) [people think that] prostate cancer is not a prominent disease?

Secondly, there are less visible side effects to the treatment of prostate cancer. Men walk around with their head full of hair - if they still have it at that age. But generally, it doesn’t involve chemotherapy that causes complete hair loss. So, they can look completely normal and still suffer from prostate cancer.

CM: Can we debunk some of the common myths about prostate cancer.

No, it doesn’t. There was a time where people thought that men who had vasectomies were more prone to prostate cancer but that has been debunked. Sex and vasectomy have no association to prostate cancer. Rather, there is an association between obesity and a rich diet with prostate cancer. And of course, if your family or relatives have it, the chances of you having it is twice or thrice more than the average individual. We recommend to start screening 10 years from the age their relatives were diagnosed.

“Surgery is the only cure for prostate cancer”

There are more than one treatment for prostate cancer, such as radiotherapy. For people who are terrified of surgeries, there is a non-invasive option.

Most of the patients will still be alive in 5 years, they will not die of prostate cancer.

CM: In the past [when medical practices were less advanced], surgery was the first course of action in a cancer patient. Today, oncologists try other methods to avoid surgery. What are some other therapies one can go for to avoid a surgery?

Dr: In the past, surgery is the only way to obtain tissue to confirm the diagnosis. These days, there are many minimally invasive options to biopsy the tumor. All patients diagnosed with prostate cancer would have had an ultrasound biopsy - when a needle is put in the prostate to get strips of the tissues and from those tissues, we are able to diagnose the aggressiveness of the cells. After doing so, the ideal treatment is then discussed with the patient. Generally speaking, the treatment has to be effective with the least amount of side effects [in comparison to the alternate option]. And of course, the patient’s lifestyle and values comes into play when deciding what’s best for them.

So I agree with you, previously, the idea was to get the cancer out but now we realised that in at least 30-50% of the cases, not referring to prostate cancer alone, surgery may not be able to clear all of the microscopic cells. Which is why radiation, chemotherapy and hormonal treatment is required to ensure absolute eradication of cancer cells.

CM: What are the symptoms of prostate cancer? Do patients come in thinking it’s something else?

Dr: A large number of patients have been diagnosed with prostate cancer were asymptomatic - so they were picked up through screening which shows the success of [the screening facilities]. We don’t have a specific health screening process for prostate cancer alone but with all the facilities available, men can get themselves checked. When the symptoms are picked up asymptomatically, the patient is then referred to us for consideration of treatment.

There is still a majority of them who come to the clinic because they have ‘obstructive’ symptoms, such as having a poor stream when you pass urine, frequent urination because of difficulty in emptying the bladder, urinary tract infection (UTI) and more. The more sinister symptoms are those of invasion. For instance, if the cancer continues to grow and invade a nerve, the patient can lose the ability to erect or there could be blood in his urine and semen. Sometimes when the tumour grows and wraps around organs, for example the rectum that sits behind the prostate, they may have difficulty in passing stools. These are symptoms of a more advanced prostate cancer.

The worst case scenario is when patients visit the clinic with symptoms of prostate cancer that has [already] spread within his body. Prostate cancer frequently spreads to the spine. So [there may be] back pain. Sometimes, it compresses on the lymph nodes, or lymph channels which strains their legs, causing swelling in the lower limbs. The cancer cell could also affect the bone marrow, which results in a lower blood count for the patient.

CM: How aggressive is prostate cancer?

Dr: We have observed over the past 10 years that not all prostate cancers are the same. One interesting fact is that in autopsy studies, about 30% of Asian men above 80 years old were found to have asymptomatic prostate cancer. Essentially, this shows that there is a prostate cancer that is growing slowly which continues to co-exist with the person that may not need to be treated immediately and eventually, the patient will be overtaken by other competing causes. But it also tells us that there are aggressive prostate cancers and those needs to be treated with all the ammunition we have.

CM: Cancer is the leading cause of death in Singapore. When it comes to prostate cancer, what is the percentage of survivors in the more aggressive versions?

Dr: In the more aggressive versions - let’s say if the cancer has spread [beyond the prostate]. Among these patients, unfortunately, only 30-40% will survive after five years. I think the good news for these patients is that in the recent decade, there has been a whole range of new drugs, chemotherapies which allows us to target these cells which have gone out of the prostate. This can reduce the symptoms [the patient will] experience and has the potential to extend their lifespan. So although the figures are depressing, they are not as [detrimental] as other cancers. Aggressive prostate cancer is still less aggressive as compared to other cancers such as lung cancer. So there is hope for patients with all the new treatment modalities and targeted radiation that can take down cells that have gone out [of the prostate]. We may not be able to cure the patient, but we can prolong their lifespan.

Listen to the full interview:

For more, tune in to Workday Afternoon with Claressa Monteiro, every weekday from 1 pm - 4 pm!
#WorkdayAfternoon #ProstateCancer #Cancer #Singapore #Health

Is There A Cure For Parkinson's Disease?
Prostate Cancer: What You Need To Know 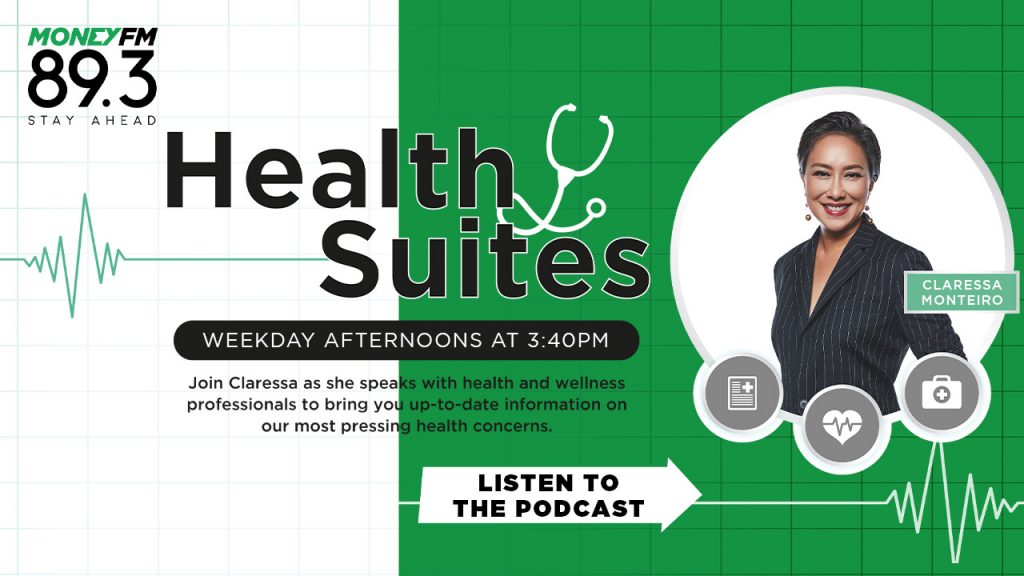