Why Are Singaporeans Not Investing?

Why Are Singaporeans Not Investing? 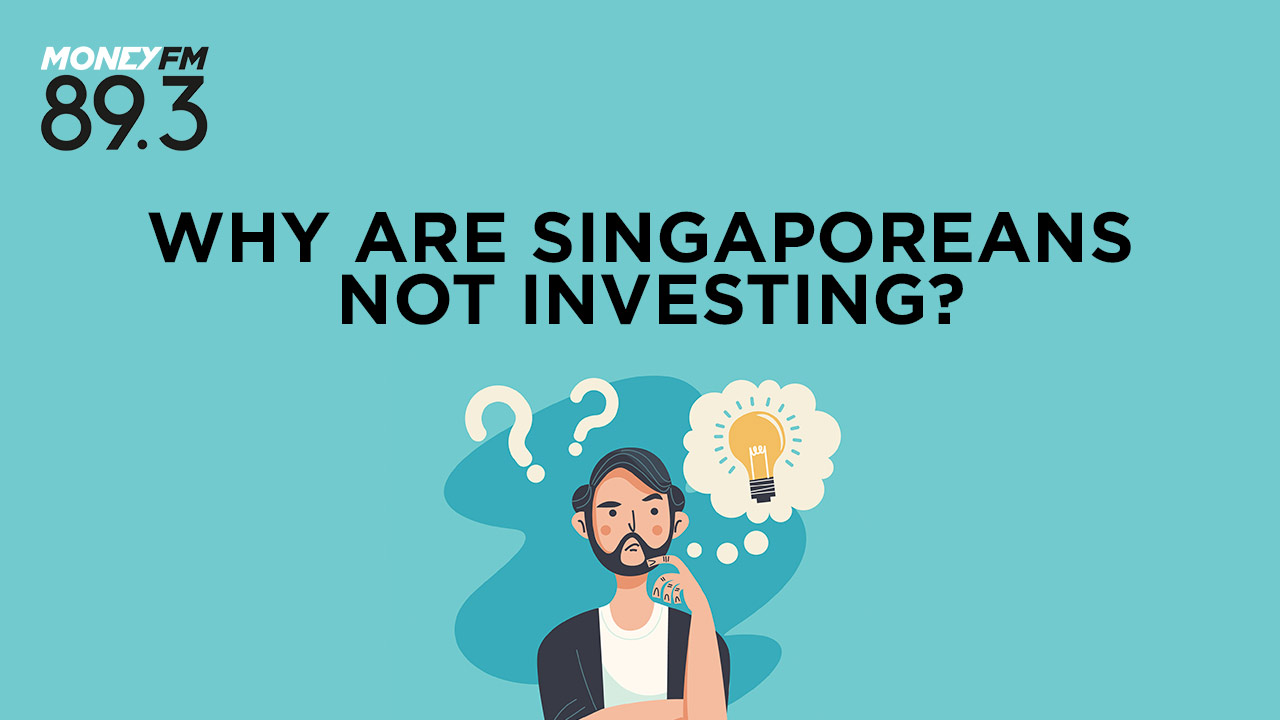 Are Singaporeans investing for their future? Interestingly, a study done by OCBC Bank shows that one in three working adults in Singapore do not invest or find ways to grow their money. According to the study, many Singaporeans are also poorly equipped for financial emergencies and they are far from ready to enjoy their retirement. In fact, more than 70% of respondents were not on track with their retirement plans. So why are Singaporeans not investing? On #TheBreakfastHuddle, we find out more from Vasu Menon, Executive Director, Investment Strategy, Wealth Management Singapore, and Nicole Foo, Vice President, Market Research, Group Customer Experience, from OCBC Bank.

Elliott Danker (ED): How is Singapore’s score based on the index and what does it mean?

Nicole Foo (NF): The index score is from a scale of zero to 100. Singapore scored an index of 63 this year, and this means that most respondents have started but are behind on most indicators. Moving forward, we [aim] to conduct this [study] every year and hopefully we can [make comparison on] whether Singaporeans have improved.

ED: So what are the 10 pillars that define [one’s] financial wellness?

ED: Vasu, how did you react when you saw these numbers?

Vasu Menon (VM): To some extent, we’ve got anecdotal evidence that [Singaporeans are in trouble financially]. The survey confirms what we know, but what struck me was the significant percentage of [Singaporeans] not being prepared for retirement, not investing in the markets and/or think that investing equates to gambling. I didn't expect the percentages to be as [such].

ED: I come from a generation where my parents didn't know a lot about investing. Money management was really just saving money or putting it in a biscuit tin. Do you think that [the survey] results really largely have to do with how parents have educated their children in investing or perhaps parents even taking the step to jump start their children's investment [for their future]?

VM: Parents [and] schools have a role to play, [but ultimately], the individual has the most important role to play because you've got to put in the effort in understanding markets, investments and it has to come from within. Institutions like OCBC can [only] nudge investors and individuals forward. This survey basically raises awareness and I think that's a good starting point but eventually it's the individual [who has to put in the work]. [Similarly, having a financial planner] helps to a certain extent, but you need to do your own research further. You can find information online that makes it easy for you to get up to speed. There is no lack of information and eventually you [have to] make your own informed decisions and be accountable for what you do. So yes, experts can help to push it to some extent [but] eventually, you [have to] take ownership of your own destiny.

ED: The study segmented the population according to [the respondents’ status], but you also have the ‘Sandwich Generation’. Who falls in this category? Any thoughts on why they are not investing?

NF: We define [the Sandwich generation] as people who have to support both their parents and their children financially. I suppose, if you're part of the Sandwich generation, [there is a lot of pressure]. [You have family obligations to finance], and at the same time, you are also trying to build your wealth. For myself, I find that I can still manage my financial obligations to both my parents and children. However, when it comes to investing and building retirement funds, those take the back seat.

ED: According to the study, women regard investing as a form of gambling. Nicole, do you agree with this view?

NF: Well for myself, it could be a biased response because I'm from the bank. From the study, we found out that women are generally more averse to investing than men. 39% of women do not have investments compared to 31% for men. This is especially so for women in their 20s and they have a misconception about investing as you have mentioned. 40% of them regard investing as a form of gambling, but I suppose this stems from generally a lack of awareness of what investment is and how much risk is appropriate for one to take. The amount of risk that your peers take may not apply to yourself because it really depends on a lot of other factors. Generally speaking, we do have very good basic habits, we are saving regularly and we put aside some of our money from our monthly income as savings. We also have enough insurance coverage and we're disciplined in sticking to our budget. But when it comes to more sophisticated things like investment, the general lack of awareness is very prominent.

ED: Vasu, does your wife share that same sentiment that investing is gambling?

VM: My wife, to some extent, was clueless when it came to investing in the markets. But having been married for five years now, she's learning quite a bit from me. Generally, I would say that one reason why women are more averse to investing is because they're conservative by nature and the markets haven't helped. The markets have been extremely volatile in the last five to 10 years and that has led to an even greater aversion because women are [more] careful relative to men. But [today], more women are getting up to speed.

ED: For those in the Sandwich [generation], they've taken more measures to prepare themselves for the future and they're doing so by reviewing their financial plans yearly. But, they’re still not quite free from financial gaps, for example 31% still had unsecured debts compared with the Singapore average of 27%. Why is this still happening despite them taking these measures?

VM: I think essentially the Sandwich generation [are] being pulled two ways - they have to look after their kids and their parents. So, they are financially stretched and as a result, some of them turn to unsecured debts [which] affects them negatively.

If you look at the overall survey, what struck me was that many of them do not plan sufficiently for retirement. Retirement adequacy is lacking and one reason for that is because [people think] retirement is something that is still quite far away, even [for those] in the Sandwich generation. [For instance, when you are] in your 30s or early 40s, you might think retirement is 20 years away, that you have a lot of time and can afford to wait. So [people are not taking action because of] complacency, procrastination and sometimes, it's just simply a case of not knowing what to do and where to start. You hear this big word ‘Retirement Planning’ [and you tell yourself], “Let's do it tomorrow or the day after tomorrow." or "Let me go to the bank and ask a financial expert.” The key thing here is that we've got to take stock of our financial situation and do something about it, get started. I think that's what comes through in the survey - people are aware, but they're not moving.

ED: Are there different reasons for financial gaps between the age groups that were surveyed?

NF: Yes, very interesting findings. For those in the 20s, they save very conscientiously and started investing quite early. However, because of this haste [to get started], they tend to do excessive speculation. So, we need to give them the right guidance on how to invest wisely without partaking in excessive speculation.

For those in the 30s, that’s where your family obligation starts to rise. You get married, get a new house and have mortgage loan. At the same time, you are also trying to build up your wealth. That's where we need to help them build a safety net for themselves.

VM: You still have enough time, it's still not too late. It's good that you're aware. The first question you should ask yourself is “How much you need to retire comfortably?” There are calculators available [online] where you can actually key in figures and estimate how much you need to retire comfortably. The key thing is to get started and to grow your money through investments, but invest prudently. Don't speculate the markets. I think it's never too late for anyone, even in the 50s. The important thing is to take that first step and you know at least try and reduce the gap.

Listen to the full interview:

For more, tune in to Elliott Danker and Ryan Huang on #TheBreakfastHuddle, every weekday from 6 - 9 AM!
#MONEYFM893 #SPHRadio #Finance #PersonalFinance #MoneyMatters #Wealth

Are You Ready To Retire?
Yes, It's Possible to Retire a Millionaire