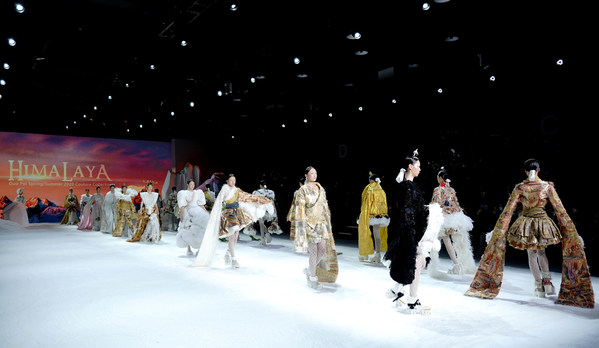 The event, jointly hosted by the Asian Couture Federation (ACF) and the Jinan Municipal Government, attracted many celebrities including Chinese actors Ge You and Liang Tian, as well as Ma Weidu, a well-known culture scholar.

During the event, Guo Pei, Lawrence Xu, Xiong Ying and many other designers from home and abroad released their latest haute couture fashion works. Yumi Katsura, a famous Japanese designer, expressed her congratulations via an online video and participated in the event by a static presentation.

In addition to the release of fashion works, exchange activities including a gathering show were also held during the event for young designers from China, Japan, Republic of Korea and other countries.

As a province with advantages in textile and garment industries, Shandong has a large number of relevant leading enterprises and well-known brands.