SHENZHEN, China, Dec. 19, 2019 /PRNewswire/ -- Shenzhen Global Investment Promotion Conference 2019, hosted by the People's Government of Shenzhen and organized by such government entities as the Development and Reform Commission of Shenzhen Municipality, was held in the southern Chinese city on December 18 local time. It was joined by more than 600 guests, including representatives of foreign embassies and consulates in China, officials of Shenzhen's sister cities, representatives of Fortune Global 500 companies and large multinationals. The event will enable Shenzhen to give a boost to its development of strategic emerging industries and its lead in establishing an advanced, quality, modern system of high-tech industries. 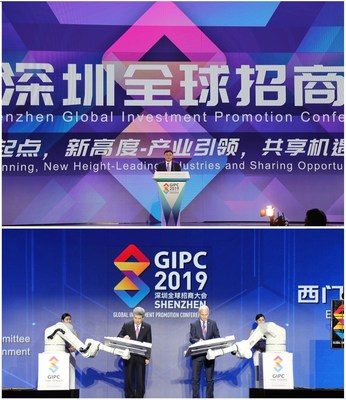 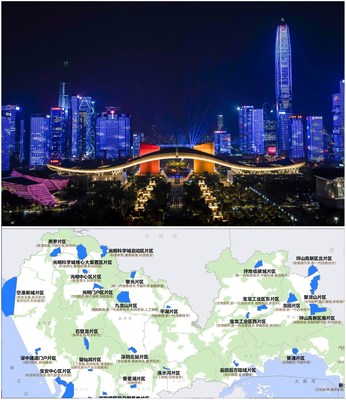 Shenzhen, a window of China's reform and opening up, is also a leading player in high-quality development, an example of law-based governance, a model of urban civilization, a good example of people's livelihood and happiness and a pioneer in sustainable development. The beautiful city awaits your coming with a sound business environment and the 30 square kilometers of industrial land promoted on the Conference.

During the event, the strategies and policies to develop Shenzhen's industries were unveiled, 30 square kilometers of industrial land promoted and the realities of the city's business environment expounded. Beyond that, the conference saw the signing of 128 projects worth over 560 billion yuan combined. Deputy Secretary of the CPC Guangdong Provincial Committee and Secretary of the CPC Shenzhen Municipal Committee, Wang Weizhong, and Mayor of Shenzhen, Chen Rugui, were present and delivered speeches.

In the released strategies and policies, Shenzhen is set to grasp the opportunities brought by the building of the Guangdong-Hong Kong-Macao Greater Bay Area and the pilot demonstration area of socialism with Chinese characteristics and step up efforts to implement the innovation-driven development strategy for its quality growth. The universal policy support was put in place to ensure such innovation entities as enterprises, scientific research institutes and universities to have a better development. A new raft of industrial policies for biomedicine, integrated circuit, 5G-based communications, and other emerging and frontier fields were launched to gain an edge in the future. Additionally, Shenzhen will carry out the national program for emerging industrial clusters of strategic importance by fostering a host of industrial aggregates.

A total area of 30 square kilometers was promoted to grow industries, part of the city's strategic industrial plan demonstrated on the same day. The industrial land is comprised of designated plots in 36 areas located in the districts and the management committee-managed new districts including Futian, Nanshan, Guangming and the Shenzhen-Shanwei Special Cooperation Zone, etc. Enterprises embracing Shenzhen's future development plan will be given sufficient space for growth, favorable policies, and strong industrial support.