Qianhai achieves staggering development over the past decade

The Qianhai Shenzhen-Hong Kong Modern Service Industry Cooperation Zone has made all-round achievements over the past 10 years, a conference marking the 10th anniversary of Qianhai at the Qianhai International Conference Center was told on Aug. 27.

Qianhai has reported an annual growth of 89.2 percent in the added value of the enterprises registered in the free trade area over the past decade. The free trade area was ranked first in the country last year in terms of GDP per square kilometer, at 15.26 billion yuan (US$2.2 billion). Qianhai's actual used foreign investment reached US$4.1 billion yuan in 2019, ranking No. 2 among the country's free trade zones and areas, after Shanghai free trade zone. The amount accounted for 53.3 percent of Shenzhen's total, 20.5 percent of Guangdong and 3 percent of the national total. 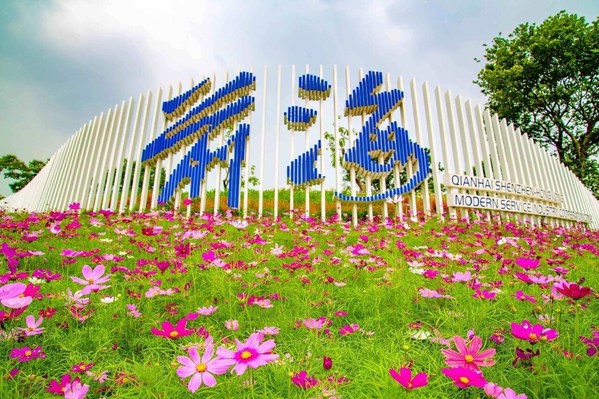 According to Tian Fu, member of the Standing Committee of the Shenzhen Municipal Committee of the CPC and director of the Authority of China (Guangdong) Pilot Free Trade Zone Qianhai and Shekou Area, Qianhai has made breakthroughs in six major areas: Shenzhen-Hong Kong cooperation, institutional innovation, modern service industry development, regional collaborative innovation and opening up, urban construction and Party construction.

As of June, Qianhai had about 11,700 Hong Kong-funded enterprises, with a total registered capital of 1.31 trillion yuan. Qianhai has used US$20.3 billion of Hong Kong funds, accounting for 89.9 of the total foreign capital used by the free trade area.

Official statistics show that more than 200 Hong Kong-funded startups have been incubated at the Qianhai Shenzhen-Hong Kong Youth Innovation and Entrepreneur Hub (E-hub) over the years. Seven of the country's 11 Guangdong-Hong Kong-Macao joint law firms are based in Qianhai, where Hong Kong laws are applicable in commercial disputes involving businesspeople from the special administrative region at the Qianhai court.

Hong Kong Chief Executive Carrie Lam said in a congratulatory video to the Qianhai celebration that she hoped Shenzhen-Hong Kong cooperation will be strengthened while embracing the opportunities brought by the construction of the Guangdong-Hong Kong-Macao Greater Bay Area. A view of the Guiwan International Financial Center of Qianhai.

Over the past 10 years, Qianhai has made 573 institutional innovations in a variety of fields such as among trade and investment facilitation, the opening up of the financial market and fintech innovation, as well as the construction of a rule-of-law environment. Currently, 58 of the institutional innovations have been promoted nationwide, 69 in Guangdong Province and 165 have been duplicated for use in Shenzhen.

A high-end modern service industry system that integrates finance, high technology and real economy has also been built in Qianhai. The free trade area now has a number of new-type financial institutions such as WeBank, the country's first Internet-only private bank, and 11 other unicorn enterprises such as YH Global.

A panoramic view of Qianhai.

Qianhai has also seen tremendous changes in its infrastructure over the past decade. It now has 179 office buildings in use and construction on 27 other skyscrapers has completed. A total of 59 roads have opened to traffic.