Investors flock to Shanghai amid pandemic Despite the faltering global economy due to the COVID-19 pandemic, the cosmopolitan city of Shanghai has kept its allure for foreign investors who are optimistic about their prospects in the market.

In the first nine months of this year, Shanghai's foreign capital inflows reached about $15.52 billion, an increase of 6.1 percent year-on-year, according to the Shanghai Commission of Commerce.

"Foreign investment has become an important engine to boost Shanghai's economic growth, a key support for adjusting its industrial structure, a main body to promote scientific and technological innovation and a crucial force to improve the city's function," said Zhang Guohua, vice-chairman of the Shanghai Commission of Commerce.

In the first quarter of this year, a total of 38 multinational companies based their regional headquarters in Shanghai and 14 foreign-funded research and development centers were established, bringing the total numbers to 758 and 475 respectively, the commerce commission said.

Shanghai is now home to nearly 60,000 foreign-funded companies, which contribute more than a quarter of the city's GDP, one-third of its tax revenue and about two-thirds of the city's total foreign trade volume, it said.

Shanghai, a city at the forefront of China's reform and opening-up, has always attached great importance to utilizing foreign investment, officials said.

Shanghai was also the first city to introduce regulatory guidelines for implementing the Foreign Investment Law in China, which took effect on Jan 1, 2020. It started to apply the Shanghai Foreign Investment Regulation on Nov 1 so as to provide legal support for investment and trade.

"Over the years, the Shanghai government has created a high-quality business environment for enterprises of different types and we have seen and experienced firsthand the continuous improvement in the overall business environment," said Teoh Song Ping, president of North AP Lubricants Business at ExxonMobil. "That is why we chose to set up an investment company here."

"We have also seen the government's strong desire to attract and retain quality foreign investment. The infrastructure and public facilities are impressive; the drafting and implementation of laws and regulations are transparent with input from the foreign business community. And the government operates efficiently with a service-oriented mindset. All these have enabled our growing footprints in Shanghai," he added.

Earlier this year, a joint venture formed by ExxonMobil, Tencent, Tuhu and a distribution holding company started operation in Shanghai.

As an integrated "supply-to-business-to-consumers" car-care network, it helps grow Mobil-branded car-care services in China and uses the strengths of all partners to provide a high-quality, branded and digitally-enabled comprehensive car maintenance experience, the company said.

"I am very impressed with the city's capacities to actively communicate with foreign companies and improve its business environment," said Jeong So-hyung, manager at Korea Trade-Investment Promotion Agency.

"One of the merits of doing business in Shanghai is its internationality," Jeong said. "Working in Shanghai, it's not just the Chinese company we can reach for. Shanghai is a home base to many regional headquarters and global companies. It was my pleasure to meet them and search for cooperation opportunities."

To help companies resolve problems, the Shanghai government took immediate action after the outbreak of COVID-19 earlier this year. It gave on-site visits to multinational companies and collected more than 500 questions raised by these companies. More than 98 percent of these questions have been solved, according to the government.

Besides that, a total of 15 government-industry cooperation roundtable meetings were organized to help multinational companies solve difficulties.

Government officials also communicated with higher management figures at the global headquarters of multinational companies to shore up their confidence.

With COVID-19 sweeping the world, Shanghai has launched a series of preferential policies to support the development of multinational companies. It has seen positive results in stabilizing foreign investment, officials said.

A stable and favorable business environment and the local authorities' positive attitude have won the favor and confidence of multinational companies. Many of them have expressed a strong willingness for long-term development in China.

German pharmaceutical giant Boehringer Ingelheim said it will take root in China after 25 years development in the country. It is planning to increase an additional investment of about $530 million within the next five years.

The company will also establish a digital innovation lab and innovation center in Shanghai.

Amid the pandemic, Shanghai has taken various measures to help foreign companies resume business and operations, which boosted their confidence for the long-term development in the Chinese market, said Arjan Van Der Oort, chief financial officer of Boehringer Ingelheim of the Chinese mainland, Hong Kong and Taiwan.

Teoh said ExxonMobil will strengthen its long-term strategic businesses and is continuing to look for investment opportunities in China.

"ExxonMobil's development goals fit with China's overall development plan and we are willing to use world-class technology to participate in China's manufacturing sector, making sustainable high-performance products to help meet the increasing demands of our customers here in China."

Ma Weifeng, East China director at the China-Britain Business Council, said: "The business environment in Shanghai is conducive to doing business effectively and is a flagship for China.

"We hope Shanghai will keep improving its business environment and continue opening up market access for foreign companies. We also hope that the Yangtze River Delta Integration Strategy, led by Shanghai, will generate more opportunity for UK companies."

Judy Zhu, senior investment manager at Western Australian Government China Office, said: "China is the largest trading partner of Western Australia. We have always been confident in the steady growth of China's economy and the continuous expansion of the market.

"Western Australian enterprises will continue to work closely with Chinese enterprises to promote the continuous development of various industries and markets in both places."

The 2020 Shanghai City Promotion Convention, which is being held at Shanghai Tower on Friday, will further showcase the city's openness and attract foreign investment on the occasion of the third China International Import Expo, running from Nov 5-10. 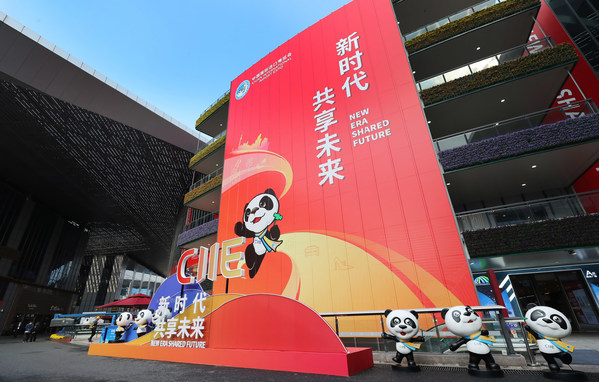 The third China International Import Expo is being held in Shanghai 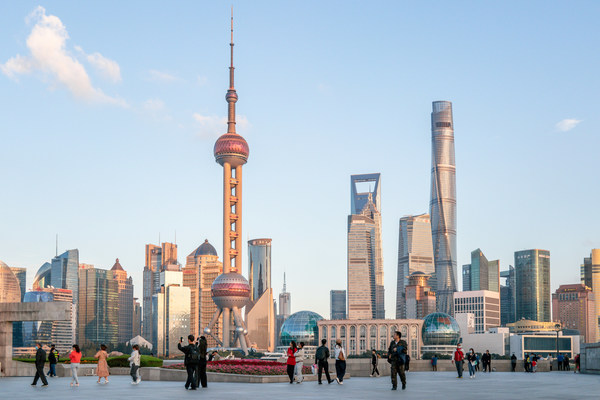