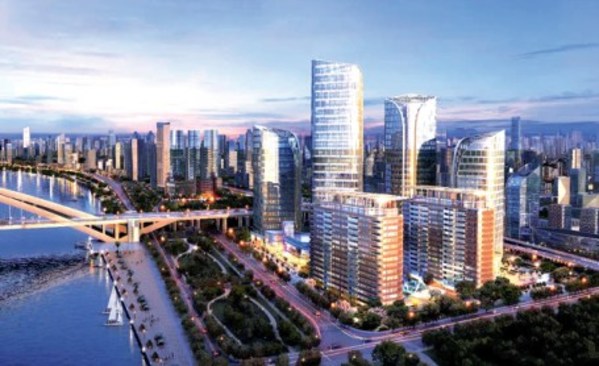 The One East complex, acquired by Brookfield in 2019, will be a new landmark in Huangpu district. CHINA DAILY

Impressed by the ideal business environment and support from local governments, multinational companies have showed their confidence in future development in Shanghai.

"Having been in Huangpu district for more than five years, we have been deeply impressed by the level of support offered by Huangpu district, as well as the city of Shanghai," said Stuart Mercier, managing director and head of China at Brookfield Asset Management. "Shanghai is a truly global city and Huangpu district is an attractive gateway to the broader Chinese market with its abundant pool of talent and riverside environment."

According to Mercier, Brookfield Asset Management registered its Chinese headquarters in the Xintiandi area of Huangpu district in 2015. Since then, Brookfield China has grown from a small office of five people to more than 300 people across various operational subsidiaries.

At present, Brookfield's investments in Shanghai include a mixed-use headquarters project, named One East, along with additional retail properties and logistics parks.

The One East complex, acquired by Brookfield in 2019, will be a new landmark in the district when it opens later this year, said Mercier.

Brookfield plans to attract high-quality office and retail tenants to the complex including several new-to-market brands that are partners of Brookfield's elsewhere in the world.

"Brookfield is keen to expand across all of its businesses in China and is constantly looking at opportunities to put its operating expertise and capital to work," he said.

"As the world emerges from COVID-19, Shanghai is on a path to growth, which represents an opportunity for operationally-focused, patient investors such as Brookfield. Brookfield is optimistic about the longer-term outlook and the continued emergence of China's rising middle class. We believe Shanghai is an excellent base from which to expand our presence in China in the years ahead," he said.

In 1992, AIA established a branch in Shanghai and became one of the first non-local insurers to be granted a personal insurance business license.

In June, AIA was approved by the authorities to convert its Shanghai branch into a wholly foreign-owned life insurance company, the first of its kind to obtain such a license. In August, AIA Life Insurance opened in Shanghai, as a wholly owned subsidiary of AIA Group.

"AIA's growth in Shanghai has received great support from the Shanghai government. The city's openness and inclusiveness, and acceptance of new ideas have given AIA greater development opportunities and space," said Jack Jiang, chief customer officer of AIA Life.

"The approval marks the further acceleration of the country's financial opening-up. It also means that under the new round of China's financial opening-up policy, more and more foreign-funded insurance companies have the opportunity to enter the mainland market and make great efforts. In essence, openness helps to promote competition, which helps to improve efficiency and promote innovation," Jiang said.

"China's financial market has a huge capacity and the insurance industry is in the ascendant phase. Local and foreign insurance companies can take their respective advantages and learn from each other to achieve development in the Chinese market and promote the healthy growth of the life insurance industry," he added.

So far, the company is applying to establish new branches across the country and will offer more quality products and services to Chinese families, it said.

Looking ahead, foreign investors are keen to expand their operations in Shanghai.

New York-based fast food chain Shake Shack said it will open 25 outlets in Shanghai and other cities in the coming years, after its successful debut in the Xintiandi area in 2019.

"Shanghai is a lively place that is full of energy and opportunities. The dynamic and vibrant atmosphere in the city is an important reason for us to open the outlet," said William Lou, general manager of Shake Shack China.

Shake Shack created a three-hour line on the opening day of its outlet in Xintiandi in 2019. Meanwhile, it had been the top-rated Western food restaurant on the restaurant review app Dazhongdianping since, according to Lou.

Shake Shack has incorporated Chinese elements into its menu with exclusives to the Xintiandi outlet including a strawberry milkshake named Strawberry Yu (zu) Garden, that pays homage to the city's Yu Garden.

"Our mission is 'stand for something good', so we would like to keep presenting good and unique things on our menu," Lou said.

"We have great confidence in development on the Chinese mainland. Starting from Shanghai, a city of very distinct culture and cuisine, we are looking forward to opening more outlets in more places in the near future," he added. 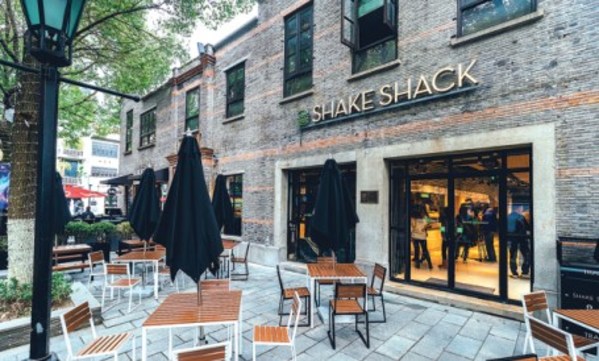 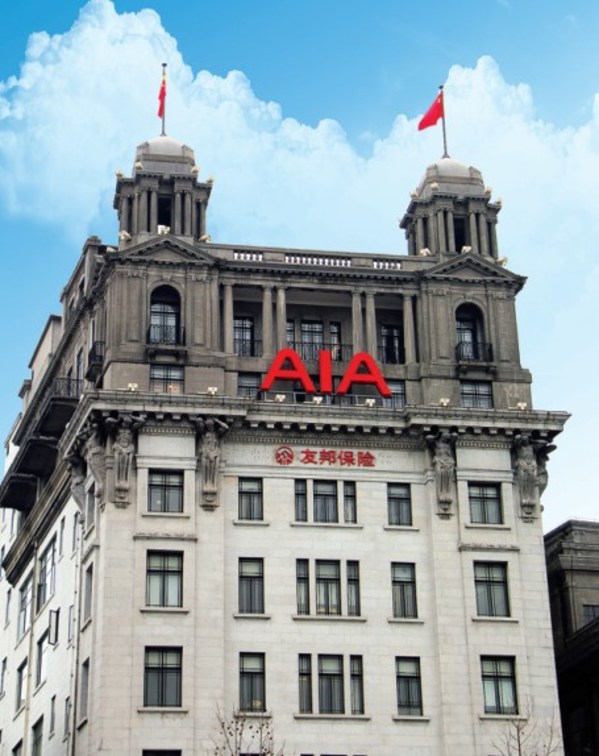 The logo of AIA is perched on top of the AIA building in Shanghai's Bund area. CHINA DAILY