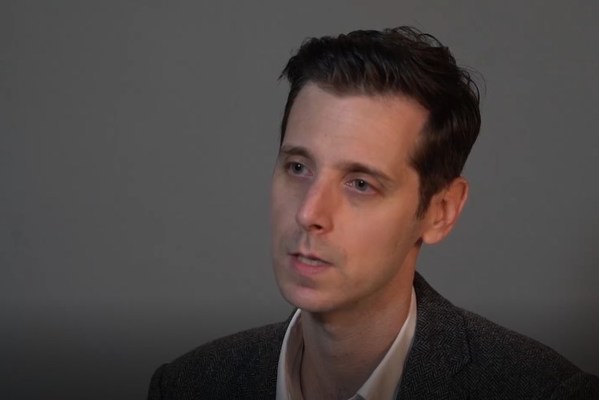 Matthew Margulies, vice-president of China operations for the US-China Business Council, speaks during an interview with China Daily website. (chinadaily.com.cn)

The Chinese market is critical to US enterprises, and the two countries need to find ways to cooperate with each other, said Matthew Margulies, vice-president of China operations for the US-China Business Council.

Given China's GDP growth, Margulies believes the country will contribute close to 30 percent of global GDP growth for the next 10 years, and thus it is critical for US companies to be present in China.

"You can't be a globally competitive company without being in China," he added.

"Things are tense. But at the same time, we are looking to find ways to be able to continue to do business with each other," he said during an interview with China Daily website.

The US owns a total of 71,914 foreign investment enterprises in China as of 2019, ranking third in enterprise numbers among all investor countries and regions. It is also the fifth-largest investor in terms of realized FDI value, with a total investment value at $87.88 billion as of 2019, according to the Statistical Bulletin of FDI in China released by the Ministry of Commerce in November this year.

In 2019, 1,733 foreign investment enterprises were newly established in China by US investors, with a realized FDI reaching $2.7 billion, showed the bulletin.

"Despite that kind of national or political level competition, companies are here with longstanding and strong partnerships with their Chinese suppliers, Chinese vendors and customers," Margulies said.

According to a survey conducted by the council in August, an overwhelming majority of US companies, roughly 87 percent, are not moving their operations out of China.

Though the systems are different, the two countries need to find ways to cooperate with each other, he said. "It's just about managing those disagreements through dialogue and engagement, and focusing on kind of what is in their own interest."

From the perspective of the business community, there's a lot that US companies "agree on with their Chinese counterparts and customers", and the simplest area there would be on public health, Margulies said, especially as the world is in the middle of the COVID-19 pandemic.

For public health, the pandemic created "new opportunities and new markets for personal protective equipment and new healthcare delivery models utilizing new technologies", Margulies said, noting US and Chinese companies can complement each other in those areas fairly well.

"China has done a fairly good job at controlling the virus and its recovery. Other markets are still catching up with their own recovery efforts," said Margulies.

Margulies also said he believes the two countries can be partners and competitors at the same time. Competition is the nature of globalization and the nature of business, he said, noting the council's member companies and Chinese companies are all ready to compete on a level playing field.