BEIJING, Nov. 5, 2020 /PRNewswire/ -- The COVID-19 pandemic has spread at an alarming pace, infecting millions and bringing economic activity to a near-standstill, as countries impose tight restrictions on movement to contain the spread of the virus.

How can the global economy recover from this unprecedented blow?

In his keynote speech via video link at the opening ceremony of the third China International Import Expo (CIIE) on Wednesday, Chinese President Xi Jinping offered the answer from China: upholding the principles of mutually beneficial cooperation and mutual opening-up.

COVID-19 is a stark reminder that all countries are bound together as a community with a shared future, Xi said, adding that no one can stay immune in a major crisis and countries must work together as partners, with each shouldering its due responsibility.

Solidarity and cooperation are the right choices to make in meeting challenges. "We must uphold the principle of mutually beneficial cooperation," he said.

The CIIE is now an international public good for the world to share, acting as a major platform for international procurement, investment promotion, cultural exchange and cooperation, he stressed.

The first CIIE in 2018 saw deals for prospective one-year purchase of goods and services reach $57.83 billion, while deals from the Belt and Road countries reached $4.7 billion. At the second CIIE, the figure rose by 23 percent to $71.13 billion. 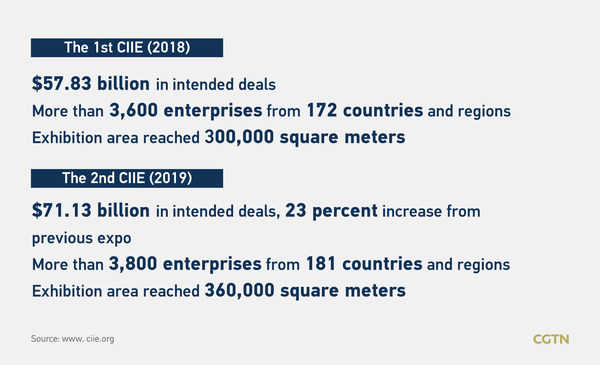 Flocking to this year's CIIE are returnees from past expos as well as new faces, including nearly 50 Fortune-500 and industry-leading companies.

Undoubtedly, with the cooperation through this year's CIIE, fresh impetus can be injected into the global economy.

Mutual opening-up is another keyword mentioned by the Chinese president at the CIIE.

Xi said that the hosting of the third CIIE demonstrates the country's sincere desire to share its market opportunities with the world and contribute to global economic recovery.

Noting that the opening-up measures he announced at last year's CIIE have been fully implemented, Xi pledged more open domestic and international circulations for not only China's own development needs but also the greater benefit of people in all countries.

According to official data, China has made the swiftest recovery from the pandemic among major economies. In the first three quarters, its economy expanded by 0.7 percent from a year earlier, while the rest of the world is still largely mired in recession. The country's total imports and exports also recorded positive year-on-year growth in the same period. 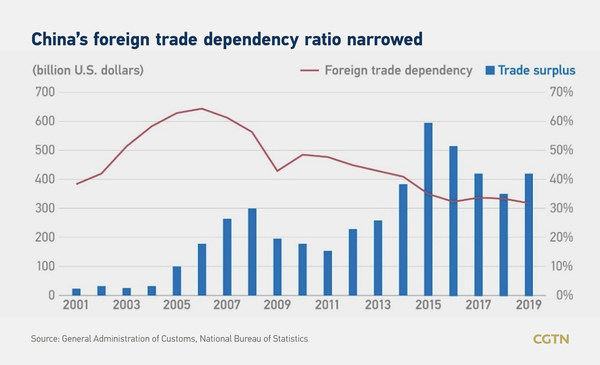 Stepping up the building of the new development pattern of "dual circulation" in the next five years was also stressed at the fifth plenary session of the 19th CPC Central Committee, which closed on October 29.

China will introduce a negative list for cross-border services trade and open still wider in areas like the digital economy and the internet, and China will pursue creative ways to grow foreign trade, Xi said.

China stands ready to sign high-standard free trade agreements with more countries in the world and China will work for the early signing of the Regional Comprehensive Economic Partnership and speed up negotiations on a China-EU investment treaty and a China-Japan-ROK free trade agreement, he added.