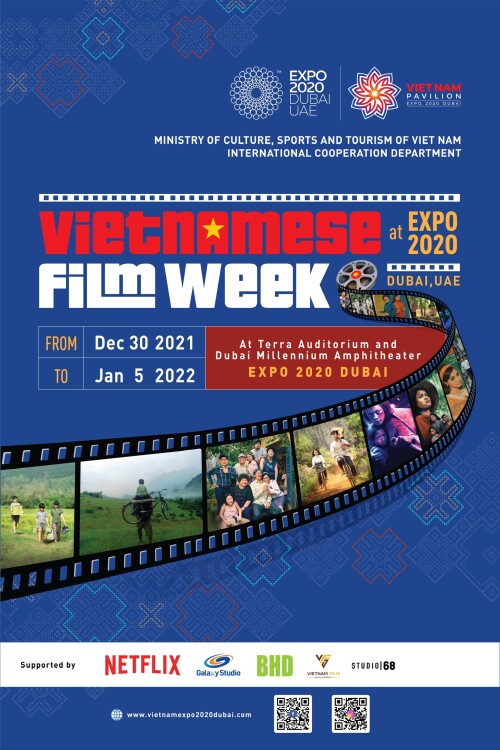 Viet Nam's first major film event in the Middle Eastern region is supported by Netflix and will screen seven internationally acclaimed Vietnamese movies produced within the past five years.

The Film Week will kick off on December 30 at Terra Auditorium with 'Dad, I'm Sorry,' Viet Nam's highest-grossing movie of all time. Recently winning the prestigious Silver Lotus for Best Feature Film at the Vietnamese National Film Festival 2021, "Dad, I'm Sorry" centers around Sang, an aging motorbike driver who continually sacrifices for his family.

The following day, the Dubai Millennium Amphitheater will screen 'Furie,' an action and martial arts masterpiece directed by Le Van Kiet. 'Furie' stars Veronica Ngo as Hai Phuong, an ex-gangster living a peaceful life in the countryside who is forced to revisit her violent past when her daughter is kidnapped.

Other titles include 'Dreamy Eye,' an unrequited love story between two childhood friends; 'The Tailor,' a comedy putting the Vietnamese traditional dress (Ao dai) in the spotlight; 'Yellow Flower on the Green Grass,' a tender tale of innocent love, friendship and brotherhood with a magnificent scene of Vietnamese landscapes; and international sensation 'Yen's Life,' about a young woman forced into marriage at the age of 10.

According to the Commissioner-General of Vietnam at EXPO 2020 Dubai - Nguyen Phuong Hoa, the seven movies all reflect current and contemporary themes and will appeal to a wide range of audiences.

"People no longer see Viet Nam as a country of war. We want to show our Viet Nam as a peaceful but dynamic country, always treasuring its national identity and human values," said Hoa.

The opening ceremony for Vietnamese Film Week will take place at 6:15 PM on December 30, Vietnam National Day, at EXPO 2020. Screenings are free to all Expo ticket holders.