Hyped for the new Galaxy S22 series that was just announced by Samsung? With the multinational electronics corporation revealing the new line-up, M1 goes full throttle alongside the smartphone launch. Customers looking to get their hands on the next big flagship equipped with top-notch 5G compatibility and features from Samsung can leverage the exclusive pre-order period rolled out by one of Singapore's leading digital network operators. Starting from February 17, 2022, at 9:00 AM SGT, customers can pre-order any of the 3 Samsung Galaxy S22 models - S22, S22+, and S22 Ultra 5G.

SINGAPORE - Media OutReach - 17 February 2022 - With the official unveiling of the Galaxy S22 series by Samsung, M1 Limited stays true to its promise of offering customers the opportunity to get the phone they want on their own terms. In addition to exclusive mobile plan promotions and hyper-personalised solutions, existing and new M1 customers can now purchase these revolutionary smartphones online and in-store. Accompanied by flexible Bespoke mobile plans available at unbeatable prices, fervent Android fans can own any of the 3 models in the line-up when the pre-order window goes live. 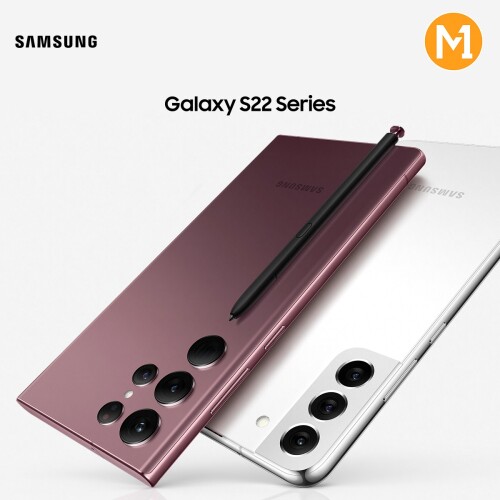 Epic Upgrades for Everyday Use

All the Power & Freedom You Can Carry

With M1, customers can leverage the selection of Bespoke plans for optimal flexibility. Boasting all 3 Samsung Galaxy S22 models, Samsung fans can choose either the Bespoke Flexi and Bespoke Contract plans to enjoy upfront payments as low as $0 and instalment periods between 12 to 36 months, all with no hidden fees. In addition to the range of mobile add-ons, to experience the wonders of high-speed connectivity, customers can subscribe to the 5Go Plus Booster pack to lead their digital life at True 5G speeds.

Hold the Galaxy in Your Hands with M1 Today

Pre-order for the new S Series launch, along with fantastic perks, will open to existing and new subscribers on February 17, 2022. Head online for exclusive pre-order access today before availability on March 4.

M1, a subsidiary of Keppel Corporation, is Singapore's first digital network operator, providing a suite of communications services, including mobile, fixed line, and fibre offerings to over two million customers.

Since the launch of its commercial services in 1997, M1 has achieved many firsts – becoming one of the first operators to be awarded one of Singapore's two nationwide 5G standalone network licences, being the first operator to offer nationwide 4G service, ultra-high-speed fixed broadband, fixed voice, and other services on the Next Generation Nationwide Broadband Network (NGNBN).

M1's mission is to drive transformation and evolution in Singapore's telecommunications landscape through cutting-edge technology and its made-to-measure offerings. For more information, visit